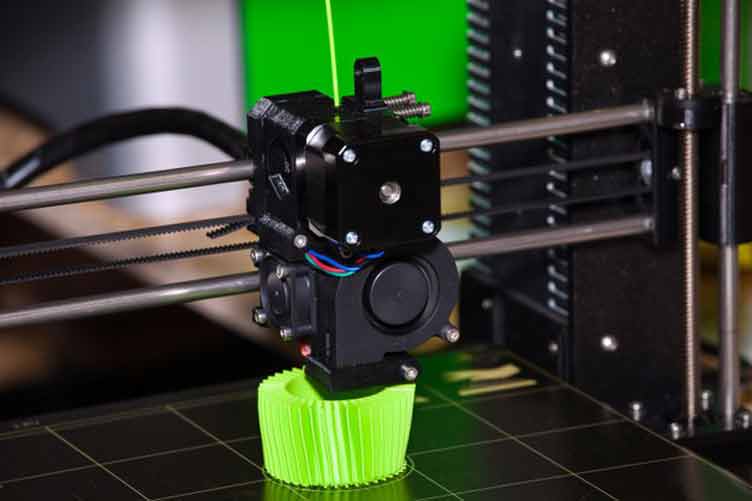 3D Printing will be the Wave of the Future

3D Printing is going to revolutionize much art, medicine, manufacturing. You name it, and 3D printing will most likely impact many of the common things we do in the future.

3D printing is creating three dimensional objects from a software model using special laser printers with a variety of materials. The material is laid down in successive layers until the object is formed. This can be done with an abundance of materials and even objects to eat have been made with these printers.

The cost is coming down drastically and with that cheaper cost, more and more people and companies are going to be able to design and create all kinds of products.

This page will explore this world and some of the things creatives are doing now with the technology and some of its future promise.

What can be made with 3D printers is rapidly expanding. Everyone is going to be a designer at some point in the future.

At the moment, it looks like this area is evolving as companies who can afford 3D printing centers take the uploaded design and print on their more capable and expensive 3D printers and deliver the product to consumers. An example of a company doing this is Shapeways.

Custom shoes can be created on a 3D Printer by Continuum Fashion.

Prosthetic Limbs are being made now with 3D printers. These limbs fit much better than those using old technologies and are much more aesthetically pleasing.

Dental crowns and partials are now being imaged in dentists’ offices and transmitted to 3D printers which print out a perfect crown or partial for the patient.

Bioprinting is a phenomenal new promising field that involves the creation of replacement organs using the donor’s own cells whereby tissues are created layer by layer until an organ is created. This is an emerging field and full fledged organ creation is not here yet, but it is expected in the fairly near future. Right now, the technology is used for tissue replacement, patching and blood vessel creation.

This is huge field for art of all sorts. You name it: jewelry, sculpture, molding, glass and all kinds of art is being made now with these new printers. New forms will be created as the technology gets even cheaper.

Manufacturing has been using very expensive 3D printing technologies for years. They are responsible for its growth and its more widespread adoption.

3D Printer related Gaming use is big. According to the Idea Factory, it is a 122 billion dollar industry. One company, Ill Gotten Games, has open-sourced a miniature board game called Pocket Tactics which can be modified and printed.

The FDA approved this process in February 2013. Hundreds of patients a month could benefit from this in the United States alone.

The Verge reported on March 30th, 2013 that the company Matterform is seeking to manufacture a low cost 3D Scanner. The thought behind this is owning both a scanner and a 3D printer will make it possible to replicate homemade or household objects. Crowdfunding has been set up on https://3dinsider.com/3d-printer-plans-news-round-up-for-monday-05052014/.