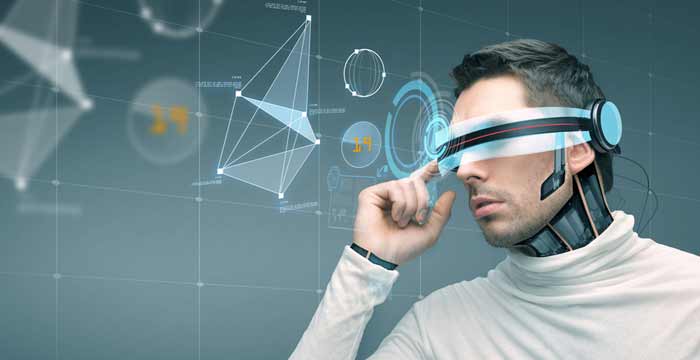 In 2011, I went to Washington DC as the coach of a team participating in a Cyber Security competition. At the competition, coaches were banned from the floor where the students were working. The competition ran for four long hours and I paced back and forth with the other coaches, staring at the board that showed which computers were connected, which had been compromised. After a while, I decided for my sanity’s sake that I better find something to distract me, so I wandered to the room where venders had booths set up showing every kind of tech product under the sun.

The Team Getting Some Media Time.

In my distracted state, I went up to a booth where a computer was showing a picture of a brain with waves of every color radiating out from it in all directions. I was immediately pounced on by four men in dark suits who asked if I would like to participate in a little experiment. If I had not been so distracted, I probably would have been alarmed! I was invited to take a seat and before I knew what was happening, I had a band placed on my head, sensors touching my forehead and behind my ears. My mind flashed to Back to the Future where Marti McFly walked into Dr. Emmitt Brown’s mansion and Dr. Brown crammed the “mind reading device” on Marti’s head. I started to ask some questions and was asked to remain quiet. I was seriously wondering what I had gotten myself into.

The four dark suits had completely forgotten me as they looked at a computer monitor. One did give me the piece of information that they were looking at my brain waves, find out more.

“Interesting,” one of them commented.
“Look at this,” said another.

One finally looked at me and asked if I was under stress.
“You have no idea…”  I started to explain and was promptly told to be quiet.

Finally there was a collective sigh and they all four looked at me, like a fly under a microscope.

“The setup is complete,” the talkative black suit said, the one who had told me that they were looking at my brain waves and asked if I was under stress. “Now let’s see what you can do.”

“Okay,” I said carefully, waiting to see if I was going to be hushed again. Instead they stuck a laptop with a small picture of a barrel on the screen in front of me.

“We want you to focus on the barrel,” they said. “Focus! See if you can set it on fire.”

My mind started racing, trying to figure out how to do this. How exactly does one focus on something.  Stare at it? Think about fire?

“Look!” one of them cried pointing at their monitor. I decided to ignore them and stared really hard, visualizing the barrel bursting into flame, and surprisingly, it did.

Feeling pleased with myself I was ready to proceed. I never did as well on the other tests, but found myself becoming interested in what they were doing. When it was over, they explained in technical terms that I had no chance in the world of understanding, the process of using brainwaves to manipulate things on a computer screen.

Interesting, I stated, but what is a practical application? If I thought they were intense before, I realized they had only been showing the tip of the iceberg of intensity. Their eyes gleamed as they explained that they wanted to be able to integrate this with wearable technology. The hope was that in the near future an exoskeleton could be built that could be worn by paraplegics. Using brain waves, it was hoped that a person could control that exoskeleton and be able to walk and even feed themselves. This, I decided, was a project worth being excited about and I wished them all the luck in the world.

I guess some of their excitement rubbed off on me, because as I walked back to the coaches viewing area, I began thinking about wearable technology, and decided to keep an eye on it. Imagine my excitement when in November 2014 I went to the InnoTech/Root66 Conference in Oklahoma City and saw a picture of a veteran, paralyzed from the waist down, walking down a runway at a wearable technology fashion show in Dallas, controlling an exoskeleton suit with a tablet.

While this type of wearable technology is far from being mainstream, it is exciting to see it being developed. To those four men in dark suits, and everyone else who has been involved in its development, I thank you from the bottom of my heart!