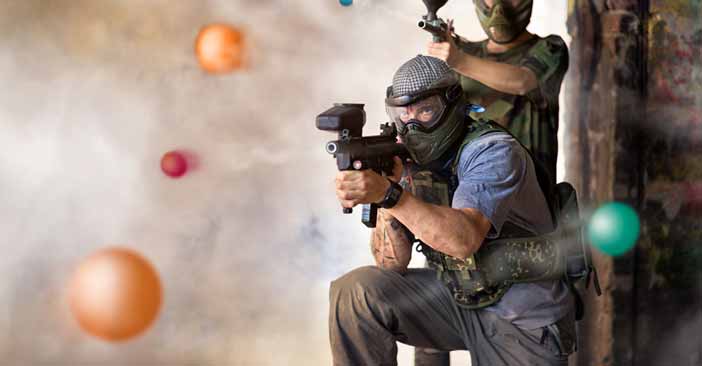 Five tips on how to start your own paintball team for fun or competitive play.

It starts with a few friends. You play together every weekend. You’ve all got some skills, and decent guns. You’ve watched the pro players on ESPN and you think it would be fun to experience the thrill of competition. It all begins with the decision, when you step up and say, “Let’s start a team.”

Pick a name. It sounds easy, but this is an important step in creating your team’s identity. Ideally, your name will reflect the players’ personalities. It should be catchy, easy to pronounce and easy to remember. You don’t want anything offensive or silly. A good name creates a psychological advantage when you step on the field, so choose something strong.

You may also want to create a team logo that reflects your team’s unique personality. You can get your logo screenprinted on t-shirts or team jerseys to make it easier to identify your teammates on the field and to let everyone else know you are, in fact, a team.

2. Decide on the Size of Your Team.

This might be easy. If you have several friends you play with regularly, your team is set. If not, look at tournaments in your area. Are they three-man, five-man or seven-man? If you want to compete in the SPPL scenario tournament series, a 10-man format, you’ll want at least 12 players. It’s always nice to recruit one or two more players than you need, so you have an alternate.

If you’re just playing to have fun, recruit as few or as many players as you want. Remember, if you wind up with 10 or 15 players for five-man paintball, you can field two squads to give everyone a chance to compete. But also count on some players not being able to make every game.

Scout players at your local field, looking for other people who have some talent, but, more importantly, are fun to be around. Skills can be taught; personality conflicts can destroy a team.

You can also ask the owner of your local paintball store if you can post a flyer in the store where other players will see it. Paintball forums allow you to post threads seeking players, too. Remember to list your geographical region in the subject line of the thread.

Even if all you can afford are discounted jerseys or even long t-shirts, a “uniform” look will set you apart as players who are serious.

How serious are you? If you decide you want to compete on a tournament circuit, you’ll want to hold team practices to hone your skills. If you just want to have fun every week with the same group of guys playing rec-ball, that’s okay, too. The important thing, once you have your paintball team established, is to go out and play together.