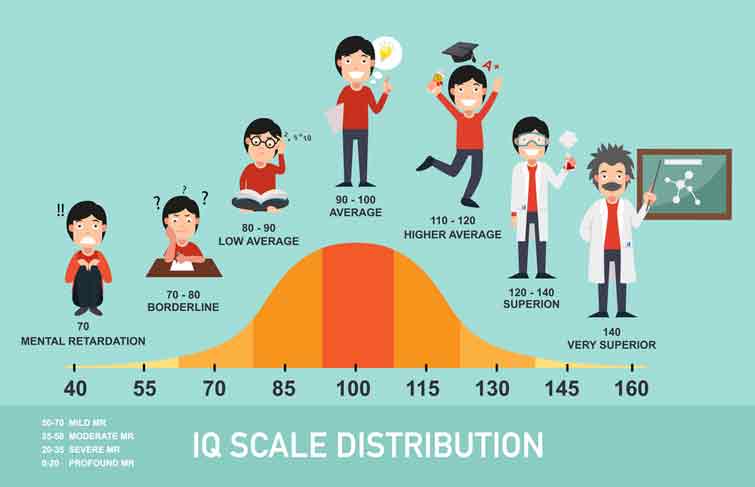 It seems almost mandatory for members of an older generation to decry the intelligence or education of the generation succeeding them. The complaints stretch back for millennia, with even Plato himself bemoaning the sorry state of the youngsters of his time. Political scientist James Flynn, however, noticed that contrary to commonly-held “dumbing-down” scenarios, IQ scores have actually been steadily increasing, at least since the beginning of the twentieth century. This observation is now known as the “Flynn Effect.” But does it necessarily mean that people are actually getting smarter over time, or is there some other, more complex phenomenon going on?

What Do IQ Tests Measure?

Though there is still a great deal of controversy about what exactly is meant by intelligence, and though some experts argue that there is more than one type of intelligence not measured by standardized tests, IQ is generally considered a fairly accurate benchmark of verbal/linguistic and logical/mathematical aptitude. Scores on standardized IQ tests have risen significantly in the past century, from an average of about 75 in the early 1900s (normalized to reflect mean scores) to 100 in 1990.

This does not appear to be a case of the tests becoming easier, for when modern subjects take a version of the test written thirty years ago, they tend to score higher than they do on the modern version, indicating the older tests are actually easier for them. Additionally, scores on the Raven Advanced Progressive Matrices test, an IQ test designed to measure “fluid intelligence” rather than general knowledge, have increased dramatically in the same time period; subjects who scored in the top ten percentile in 1900 would score in the bottom five percent today, get more.

In his popular book Everything Bad Is Good For You, Steven Johnson observes that the complexity of our modern entertainments — such as television shows, movies, and video games with multiple intertwining plot lines and obscure cultural references — is suggestive of the fact that people’s memory, quick-wittedness, and grasp of complicated interpersonal relationships is far more sophisticated than in the past. While others have argued that this is not a signifier of intelligence so much as a savvy familiarity with cultural tropes, the evolution of popular culture is an intriguing clue as to what the reasons behind the Flynn Effect might be.

Are People Really Getting Smarter?

From the look of the IQ scores alone, it would certainly appear that people in general are getting more intelligent, no matter what the older generation may say. The increase in IQ holds true across the populations of every nation studied. But could there be another explanation? Some have proposed that IQ scores are rising simply because people are becoming more familiar with the tests, or that the pool of subjects who tend to take the tests are already smarter than average.

But in a 2003 Skeptic article, Robert Ehrlich points out that neither of these objections are really valid, since the IQ increase began in earnest well before the tests themselves became ubiquitous on the Internet, and in some countries is given to all men of military age, ruling out a biased sample. He also writes that if intelligence is increasing, it must be entirely due to environmental factors — more schooling, better nutrition — because evolution would not have had time to produce such a dramatic increase.

Towards an Upper Limit of Intelligence

James Flynn himself, years after his famous observations, wrote that he was unsure whether intelligence was really rising, or if the increase in IQ scores translated to an increase in intelligence in the real world. More recently, he suggested that much like improvements in athletic skill, competition, building on past knowledge, and a widening pool of subjects could be pushing human intelligence toward an upper limit, after which a plateau will likely be reached.